This past week, I went to see three movies. That’s a big deal for me because unless I’m traveling I don’t take that much time off. It sure felt great to take some extra me time.

The unexpected bonus for me was that all three movies had something for me to learn or admire when it came to clothes styling. 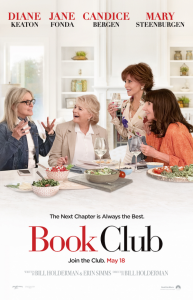 The first was Book Club, where Jane Fonda clearly has stopped the clock. Yes, she had a little help from some very talented doctors.

I kept studying Diane Keaton since she covers her neck no matter what she is doing or wearing. Even on a pool float, like in an actual pool, she covers her neck by wearing a bathrobe that is skillfully sealed tight around her neck. That may be taking things a bit too far, but you have to hand it to her…she’s knows what she doesn’t like about her body and how to hide it.

A less known styling trick she uses is wearing sleeves a bit too long. Shhh; it’s a secret wardrobe detail she uses to make her long arms appear shorter.

She knows what works for her and goes for it all the way.

I sure can relate as I love how small clothing details make big differences in how a woman looks and feels. You should only know the things I hide. 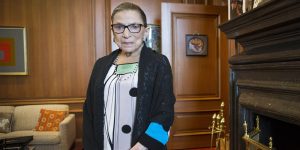 The second was the documentary on Ruth Bader Ginsburg, The Notorious RBG.

Oh, my what a woman she is and oh how lucky we are to have her.

Even RBG shows us a bit of her fashionable side. 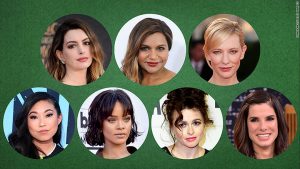 The third movie was Oceans 8, where female stars and icons were popping out of every door, just like an episode of the 1980’s TV series Love Boat.

It was fun to see a movie with an all-star female cast, each superbly dressed for their very smart and personality-rich characters.

Although I wouldn’t have complained if George Clooney made a cameo as well. 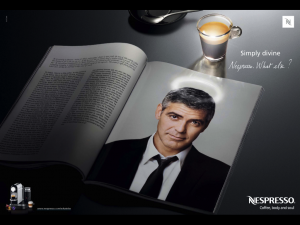