Sheila’s Story – Bigger Can Be Better

With my client’s permission and a name change, here is Sheila’s story.

Sheila has gained weight thru the last 10 years and wouldn’t buy new clothes, other than oversized black tops and pants. She was 57 and married with 2 college-aged children.

She had her own business, and spent much of her time at her home office, behind her computer.

She was bored with her wardrobe, frustrated with her weight gain, and convinced that she can’t look nice at the weight she is now.

To make matters worse, she could no longer wear her pretty heeled shoes due to feet issues.

She realized she was going out less, avoiding networking, dinners out, and parties.

She became somewhat alarmed when she noticed she didn’t seem to care how she looked.

She recognized being over 50 doesn’t mean it’s over, nor should she give up caring about how she looked and felt.

Slowly, she was ready to admit those pounds weren’t going anywhere and it was time to have clothes that looked good on her and didn’t make her feel frumpy, fat, and fashioned challenged.

Sheila had heard me speak and knew a few women who had worked with me, so she reached out via email and told me she needed help.

The first thing I️ told her, was that what she was feeling and going thru was not only normal but VERY common.

The next thing I️ did was explain my process and told her that before I️ leave her house, she will have tons of new outfits, piles of clothes for her to donate or consign, and more outfits to choose from than she did before, and all without buying a thing.

At her home, I gave her a list of what pieces she should buy, that would not only fit her current body, make her look smoother, thinner, younger and more stylish, but also give her even more outfits to wear when combined with the clothes and accessories she currently had.

She could either buy them on her own or go with me.

She chose my personal shopping service, so she could discover clothes she had no idea existed that would fit and flatter her despite weighing more than she wanted to.

Sheila may have been bigger than she used to be, but now she’s dressing better than ever.

Oh, and I️ also showed her shoes that were comfortable and fit but didn’t look like, not my words, “old lady” shoes.

Scarlett’s thoughts:
“Bigger Can Be Better and a thinner you isn’t any more deserving than who you are right now.” 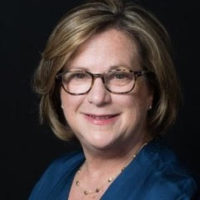 “Since you reviewed my clothes, created new outfits and took me shopping, I’m getting compliments like “I’m loving your whole new look and the colors you’re now wearing.” So there u go, change can be good, lol.” Victoria L. Londin